The Women in Math Committee (WiM) of the European Mathematical Society is organising an event called “EMS/WiM Day” within the initiative of “May 12th”, a celebration of women in Mathematics in memory of Maryam Mirzakhani.

The event consists of scientific talks (at the level of a Colloquium talk) of two distinguished speakers, which will take place online on Friday, 20 May 2022 with the following schedule:

The titles and abstracts of the talks are given below.

Any interested person may attend via Zoom (passcode 216273). Please, forward the information to your contacts, and circulate it as widely as possible.

Best wishes from the EMS/WiM Committee, 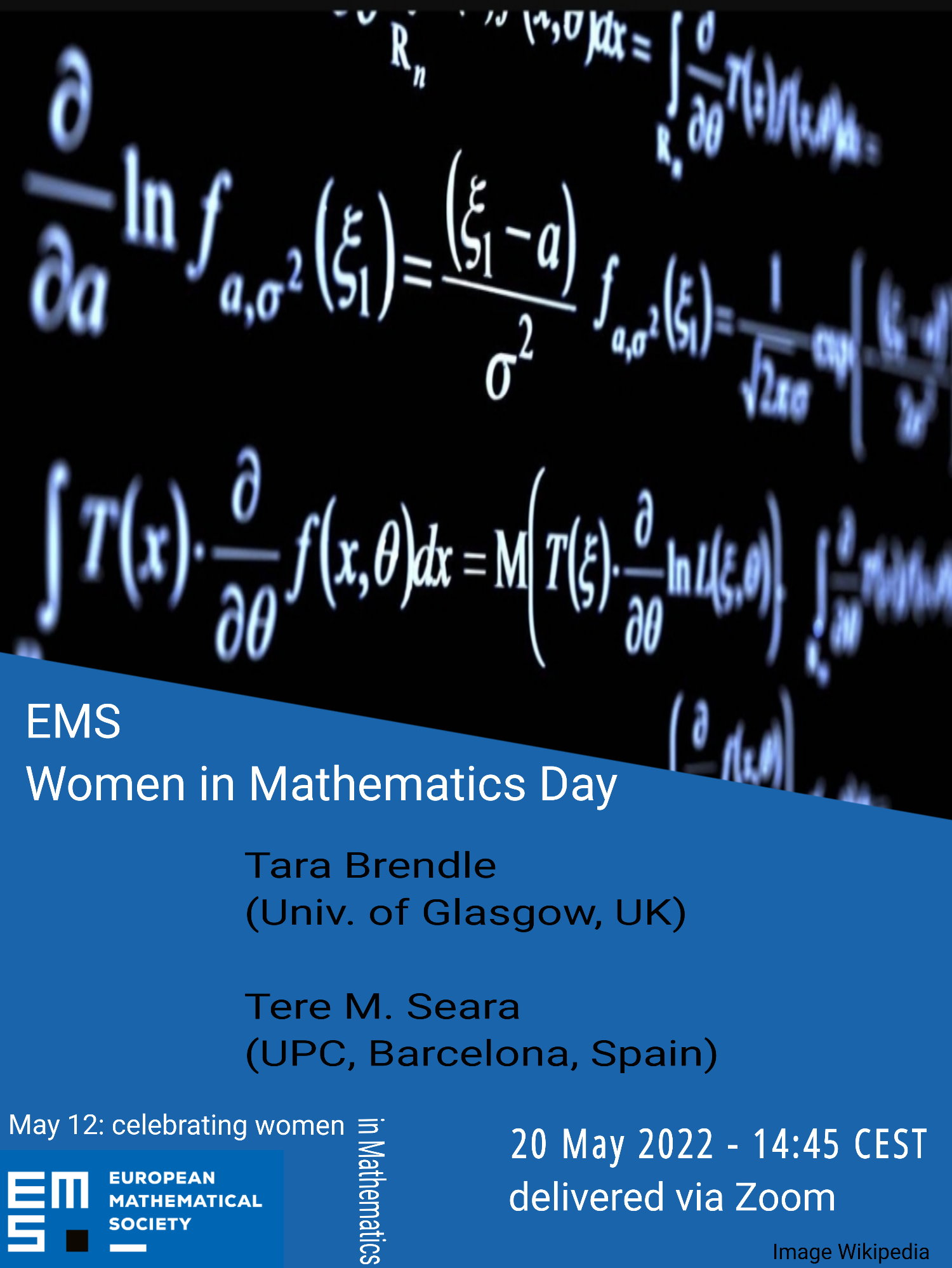